The synergy between the Viola club and the SKS365 Group’s multi-service brand as an Official Value-Added Services Partner continues for another year. The agreement includes many initiatives, such as social campaigns and the “Tag & Win” contest with weekly prizes 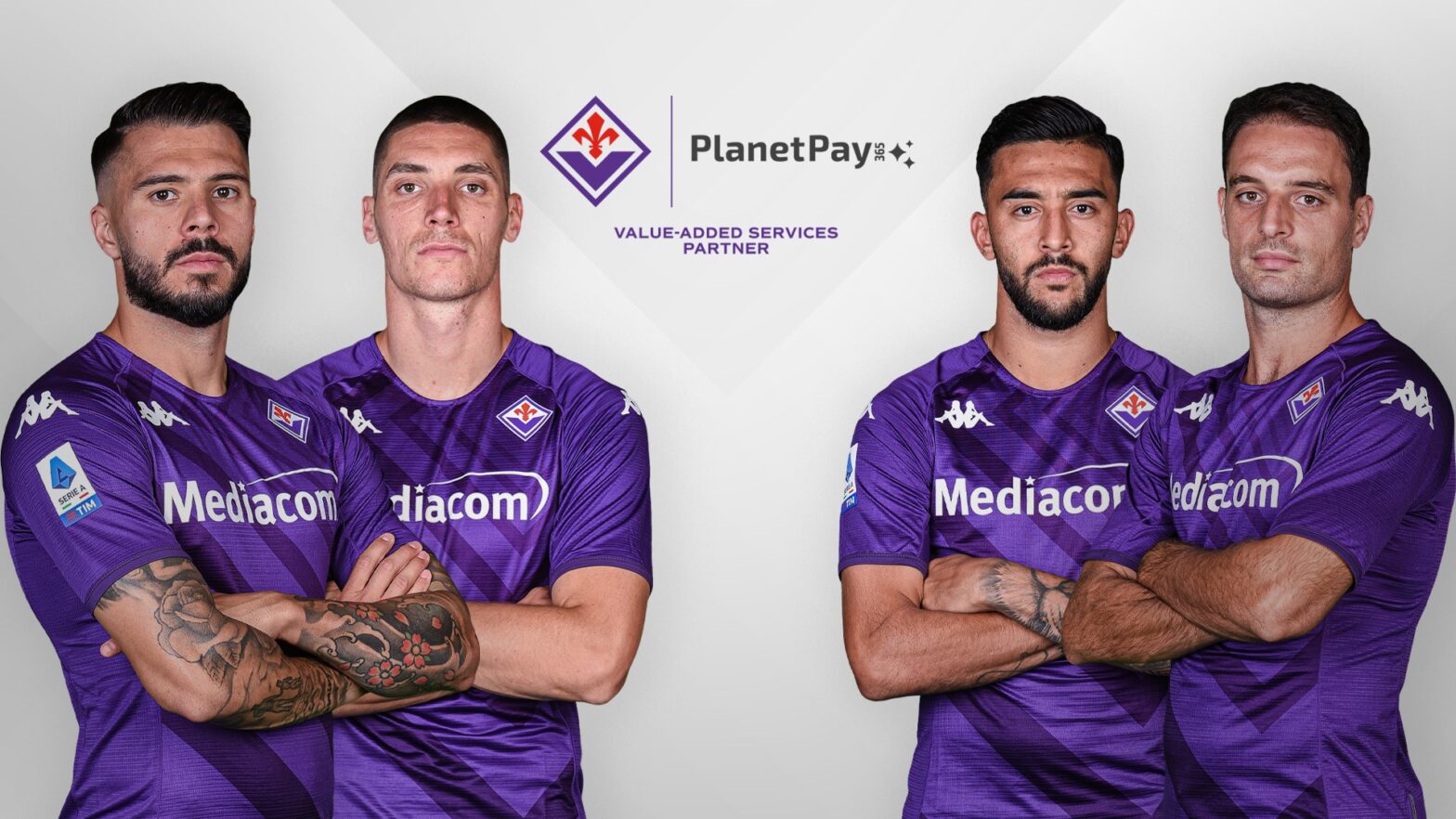 October 10, 2022 – PlanetPay365 renews its partnership with ACF Fiorentina for the 2022/23 season. The multi-service platform owned by Planet Entertainment – SKS365 Group, will once again be at the Tuscan club’s side in the role of Official Value-Added Services Partner.

The renewal of the synergy will be officially inaugurated today during the Serie A match between Fiorentina and Lazio, of which PlanetPay365 will be the Match Sponsor. On this occasion, the “Tag & Win” contest will also be unveiled: it is designed specifically for Fiorentina fans and customers of the multiservice brand that every week will put up for grabs club-branded prizes (such as jerseys and home match tickets) and PlanetPay365 Gift Cards. The initiative will continue until 15 April 2023 and will end with a final draw opened to all those who won’t win the weekly prizes.

The agreement with Fiorentina aims to further consolidate PlanetPay365’s bond with the Tuscan territory, continuing a journey of virtuous collaboration and thus increasing brand visibility and loyalty. The brand will be present at the “Artemio Franchi” stadium on the LED perimeter boards, interview backdrops and big screens during Viola’s home matches of Serie A and Coppa Italia. Social media marketing campaigns on the club’s official channels are also planned.

“The renewal of the sponsorship with Fiorentina is a further step of the path that began two years ago and which we believe is strategic for the growth of our brand,” said Troy Cox, Chief Commercial Officer of SKS365. “The Viola club stands out for its fan base which is very warm and particularly attached to the team; for this reason, during the season we will develop a series of joint engagement activities dedicated to Fiorentina supporters with the aim of enhancing our brand and allowing the fans to get to know the new value-added services that we are about to launch with our PlanetPay365 multiservice platform”.

“We are very pleased that PlanetPay365 has chosen to continue alongside our Club, proving the success of this partnership that has begun in 2020,” said Enrico Peruzzo, Revenue Manager of Fiorentina. “This collaboration will allow us to continue to work with a brand that has the same innovative spirit and vision of the future as we do; the passion that unites Fiorentina and PlanetPay365 both on and off the pitch will make the difference in this new chapter of the partnership”.